11 Questions You Absolutely Must Ask Any Debt Settlement Company 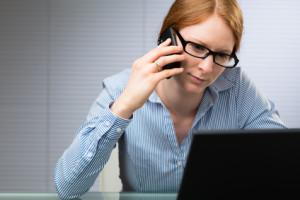 If you’re laboring under a big cloud of debt the idea of getting relief from it probably sounds very good. If you were able to get those debts paid off you could stop worrying about them, quit sweating every time the phone rings because you’re afraid it’s yet another debt collector calling … and get back to having a better, less stressful life.

What exactly is debt relief?

Debt relief is a sort of an umbrella term that covers several different ways to deal with debt including forbearance, debt restructuring, and debt settlement.

Forbearance generally means that the lender or lenders forgive your past due interest payments so long as you start making your payments. Debt restructuring is where an existing debt is replaced with a new debt. This usually involves a reduction in your principle or a change in the terms of the debt. For example, you might consolidate your credit card debts into a new personal loan that would be repaid over five or even 10 years. This would allow the same principle (your balance) to be amortized over more time resulting in smaller monthly payments.

This form of debt relief grew in popularity as a result of the Great Recession that left many people either unemployed or underemployed. The way it works is that you contact with a debt settlement company that then offers lump sum payments to your creditors to settle your debts but for much less than their balances. In fact, good debt settlement companies are usually able to settle unsecured debts such as credit card debts for about fifty cents on the dollar.

Why would lenders ever agree to settle?

Lenders can be persuaded to settle debts when they are made to believe that it’s either that or you will be forced to file for bankruptcy. This comes under the old “half a loaf is better than none” idea. Companies that hold unsecured debts understand that if you file for bankruptcy they will get nothing. This is why most of them will settle.

While debt settlement can be an excellent way to get debt relief, it’s important to choose a reputable company. Here are 11 questions to ask any debt settlement company to gauge its honesty and reliability.

How long have you been in this business and how much debt have you settled?

What do you charge?

Do you pay my creditors monthly?

Will this affect my credit report?

The correct answer to this is, “yes.” Debt settlement will impact your credit report and credit score. If a debt settlement company claims anything to the contrary – another big red flag.

When will you settle my first debt?

How long will this take and how much will it cost?

It’s really impossible for a debt settlement company to tell you how long it will take to settle your debts. However, under the new rules for debt relief the company should be able to give you an estimated time frame based on the amount of debt you owe and how much you are able to save for your settlements. Most of the leading debt settlement companies operate on a fee basis, which varies from 15% to 25% depending on the size of your debt. Once the settlement company and you reach an agreement as to how much of your debt it will be settling it should be able to give you a very clear idea of what it’s fee will be.

Where is my money while you’re settling my debts?

Your money should be in an escrow account held by a third-party while your debts are being settled. This account should be FDIC insured. You must have control of the account and the ability to close it and get your money back without a penalty at any time. The best debt settlement companies offer a 100% satisfaction guaranty that you can withdraw from your program at any time for any reason and not be charged a single cent.

Are there alternatives to settling my debts?

When will I hear from you?

Reputable debt settlement companies practice transparency. This means they will keep you in the loop with updates all along the way as to the status of their negotiations with your creditors.

Does debt settlement have tax consequences?

The answer to this is also “yes.” Lenders are required by the IRS to report any settlement of more than $500. However, many lenders simply do not do this. Plus, if you can show the IRS you are insolvent you’ll probably get those taxes waived.

How do you calculate my estimated savings?

Let’s assume for the sake of the example that the debt settlement company says it will save you 50% of your debt. It must base this estimate on the total amount of debt being settled plus any fees or interest that accumulate after you enroll in its program. Plus, they must include the fees that you’ll pay before they calculate your savings. If the debt settlement company doesn’t provide a complete disclosure of the savings it estimates it can get you, tell it so long.